"Suprematism does not embrace a humanist philosophy which places man at the center of the universe. Rather, Suprematism envisions man—the artist—as both originator and transmitter of what for Malevich is the world's only true reality—that of absolute non-objectivity." – Wikipedia.

Line Play is a Light Dreams artMachine inspired by Suprematism and early geometric abstraction. It lacks the restraint of Suprematism, since all colors are included: it revels in the unrestrained sensual play of line and color. The promiscuity of the palette is perhaps not in harmony with the severity of the line forms, but the angles of the lines, being random, are just as chaotic as the palette. If you can enjoy the original styles of geometric abstraction, the same facility may serve you here.

For me it also evokes the strips of colored paper employed in the color class I took at the University of Michigan, which applied the Bauhaus method. You can imagine you are looking down on a floor covered with Color Class homework, like a photographer finding paintings in the messes left by careless workers.

It is also like viewing snapshots from a world inhabited only by line segments. Pure lines are geometric abstractions that have no width or color. In this work lines have personalities determined by width, color and transparency. Included are very short, thick lines which are naturally seen as rectangles, but even the thinnest lines here are actually four-cornered rectangles. In the program code all of them are defined and created as lines, with attributes of stroke width and color, defined by two points rather than by four corners, so we will call them lines.

The art-generating code of my new computer art project artMachine comes from my longtime interest in algorithmic composition. The graphics are generated randomly in HTML5’s <canvas> by a program I wrote in JavaScript that also incorporates jQuery. These works are in the Light Dreams series.

As a painter and photographer I’ve always been interested in 2D composition. I’ve found that relatively simple computer programs can produce compositions which are pleasing, and it only requires artistic exploration to find methods which are pleasing more often than not. I personally like lots of the compositions generated by artMachine. I enjoy most of the colors, which might be too many for standard tastes. More sophisticated color algorithms are to come.

Here are some of the random compositions produced by Line Play. 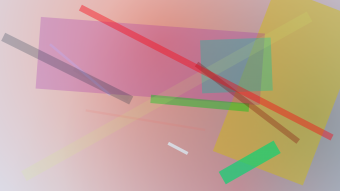 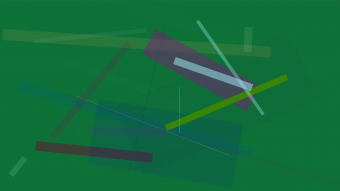