Dot Space is where the dots live in a world of their own. 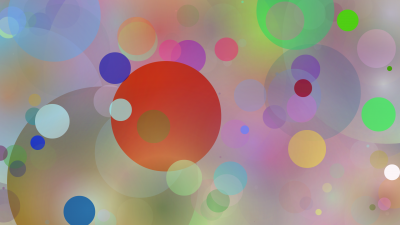 The art-generating code of my new computer art project artMachine comes from my longtime interest in algorithmic composition. The graphics are generated randomly in HTML5’s <canvas> by a program I wrote in JavaScript that also incorporates jQuery. This is part of the Light Dreams series.

Dot Space is the first version of the software that operates without mouse interaction. Instead it is an infinite loop much like the computer art I have been making since 1980. The core of this composition is a series of random circles and radial gradations generated in layers. Each layer is made from three steps. First, 2 to 5 discs of a radius from 1/100th to the maximum dimension of the screen are generated. Then a layer of 3 to 9 radial gradations is generated, and then 5 to 15 discs of a radius no greater than 1/8th of the maximum screen dimension. Colors are chosen from a range of lighter and more saturated colors, with random transparency. The program is set to cycle every 8 seconds, creating 450 compositions an hour: a hardworking art machine.

As a painter and photographer I’ve always been interested in 2D composition. I’ve found that relatively simple computer programs can produce compositions which are pleasing, and it only requires artistic exploration to find methods which are pleasing more often than not. I personally like lots of the compositions generated by artMachine. I enjoy most of the colors, which might be too many for standard tastes. More sophisticated color pickers are to come.

Here are some of the random compositions produced by Dot Space. 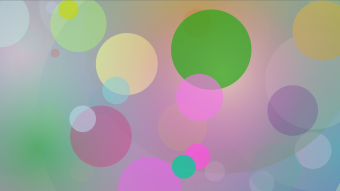 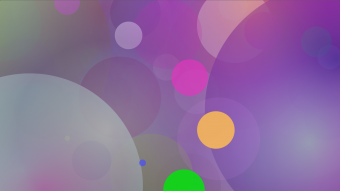